signs you didn’t get the job after interview

Interviews can be very stressful and anxiety-inducing for some people. And when you walk out, it can be difficult to know how it went or if you got the job.

Unfortunately (or fortunately depending on how you look at it), there are some tell-tale signs to look for after an interview that might mean you aren’t the best fit for the job.

Keep an eye out for any of the following signs that it might not have gone well.

“47% of the candidates failed the job interview because they didn’t have enough information about the company they applied to.”

12 Signs You Didn’t Get the Job After an Interview

If you go into the interview and get asked about your Microsoft Excel experience but don’t have any, it’s not a good sign.

If these skills aren’t a requirement, the interviewer will likely say that. But if they ask, and you answer “no”, followed by a bit of silence from the interviewer, it likely means you don’t meet the requirements for the role.

Short interviews aren’t typically a good sign. Generally speaking, anything that lasts less than ten minutes or feels like it ended in the middle might indicate a poor result.

If an employer is interested, they’re more likely to conduct a longer interview to hear you out and give you a chance to understand the position you’re applying for.

3. No Response To Follow-Up Emails

Not receiving a response back to a follow-up email is unprofessional, but, unfortunately, very common.

If you finish an interview and follow up in the days after without a response back, they have likely moved on from your application.

Good employers will reach out with a formal rejection letter but many will simply ghost you.

Although many recruiters won’t take a job ad down until it expires, if you see the job is still active/listed several days/weeks after your interview, they are likely looking for someone else to fill the role.

Not asking for references isn’t a definite sign you didn’t get the job. It could be that your interview and resume were so good they don’t need them.

But in general, most employers will ask for references even if they never reach out to them.

If you offer and they say they don’t need your references, they may no longer be considering you as an applicant.

If the interviewer asks you a vague or irrelevant interview question, they may have already disqualified you or found another qualified candidate.

Some employers don’t want to cancel job interviews because they feel rude doing so.

Instead, they might go through with the interview and ask very general and unrelated questions (not ideal for anyone).

When an interviewer keeps harping on how you’re overqualified for the position, they probably aren’t going to hire you.

Whether their comments are sincere or not, it implies your skillset doesn’t match what they’re looking for, and they’re afraid your salary expectation will be too high.

8. They Mention Other Candidates

If the interviewer mentions other candidates and how qualified they are or how many applicants they have, it’s not a promising sign.

Competition is good but constantly talking about others isn’t ideal to hear.

9. They Don’t Sell the Position

Interviewers will usually try to sell you on the position and company either at the beginning or end of the interview.

If they don’t do this, they might not think you’re right for the job, so there’s no reason for them to entice you.

The same is true if they don’t ask about any questions or concerns you might have.

Even if the interviewer says and does all the expected parts of an interview, you can still tell a lot from their body language.

An interviewer leaning away from you, arms folded, engaging in little to no eye contact might be indicating they have moved on.

When an employer is interested in hiring you, they will be attentive throughout the interview process.

They’re trying to get to know and read you before they make you a job offer or at least have you back for a second interview.

If they don’t plan on hiring you, they may have a more relaxed and nonchalant demeanor.

Many job interviews include a short discussion about your salary expectations.

If they say the compensation is one thing and you express you expected something much higher, it may disqualify you immediately.

While this is frustrating, it’s best for both parties to part ways here.

One of the biggest signs you didn’t get the job after an interview is that they don’t mention any next steps or plans for a follow-up.

Interested hiring managers will ask the best ways to reach you or tell you to expect an email or call from them within “X” amount of time.

If the interview ends with a simple “thanks for your time”, you might not get the job.

It can feel like a waste of time if you go through the interview process just to lose out on the job, but every interview is an opportunity to learn.

These interactions will help you perfect your technique which could eventually lead to your dream job down the line.

To recap our twelve signs you might not get the job:

It’s also important to note that every hiring manager or recruiter interviews in their own unique way.

While these signs should help give you a general sense of what to expect, don’t give up hope until they confirm the final results.

Best of luck in your next interview!

Title: Signs you didn’t get the job after an interview

Co-Author: Reid is a contributor for theJub. He’s an employment and marketing enthusiast who studied business before taking on various recruiting, management, and marketing roles. More from the author. | Author Profile 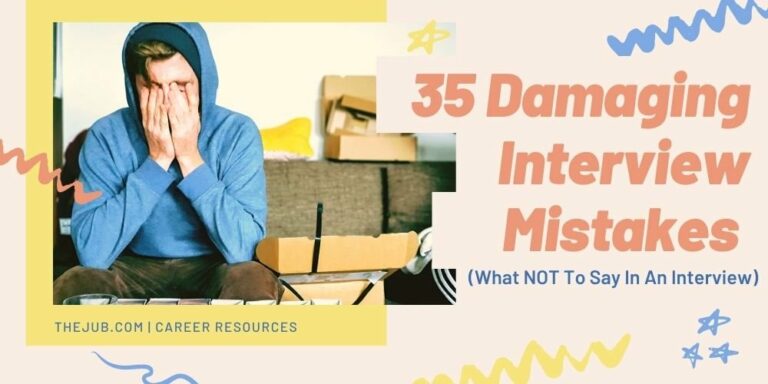